Anil Kapoor praises Imran Khan in a wedding in London

MANCHESTER: Veteran Bollywood actor and director Anil Kapoor said on Saturday that Imran Khan is his ideal and he will visit Pakistan if Khan will be elected prime minister of the country.

He made these remarks at the wedding ceremony of Khan’s friend Aneel Mussarat’s sister in Manchester on Friday where he received a VIP protocol as a chief guest.

Imran says he does not give wedding speeches because of one obvious reason.

The cricketer-turned-politician while wishing the newly-wed couple good wishes said, “I can’t give you the best advice because I don’t have a very good track record. But maybe third time lucky.” 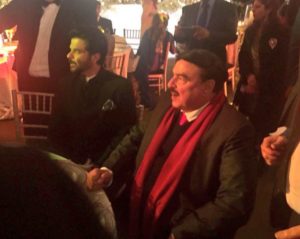 “I will go to Pakistan when Imran Khan becomes Prime Minister of the country,” Kapoor said, “He [Imran Khan] is my ideal, I am a big fan of Khan Saab.”

It should be mentioned here that Imran Khan addressed the participants of the festive gathering in a lighter mood. 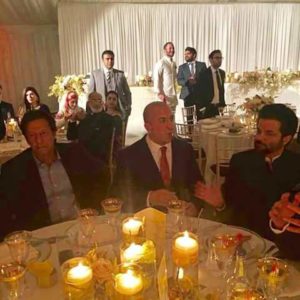