DHAKA: Pakistan star all-rounder Shahid Afridi, who has been away from international cricket since March 2016, has began a perfect comeback campaign from his appearance in Bangladesh Premier League (BPL) 2016.

He first played an important role in yesterday’s game against Chittagong Vikings, where he took 1 wicket for just 12 runs in his 4 overs quota.

The star all-rounder was even more perfect tonight against Khulna Titans, whom he destroyed with his magical leg-spin bowling, taking 4 wickets for just 12 runs.

Arafat Sunny did the rest in his 2.3 overs, taking three wickets.

Afridi was chosen Man of Match for his marvelous performance in a second consecutive match. 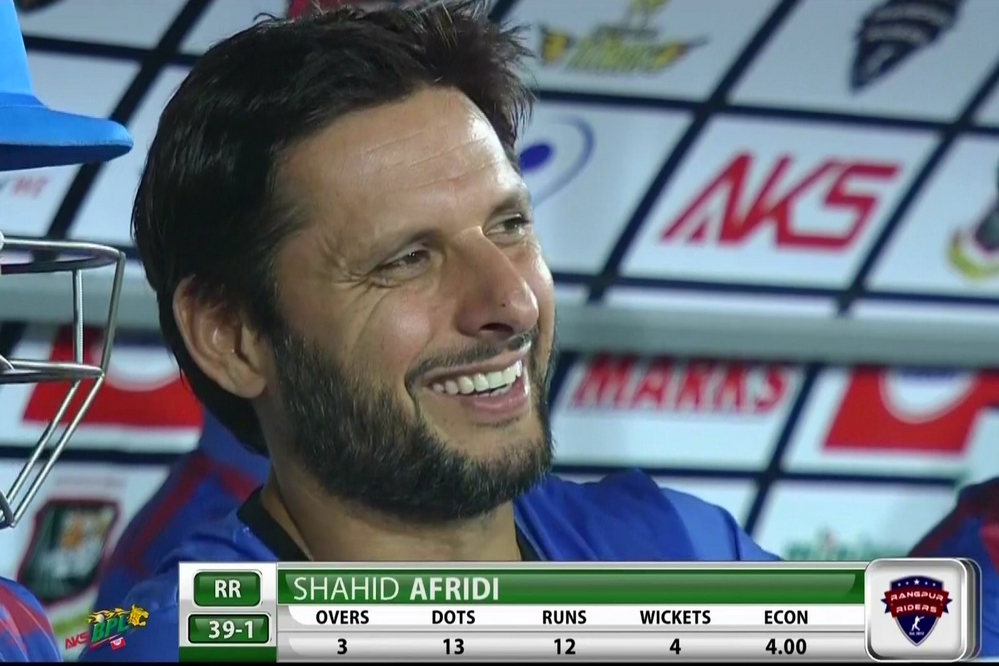 Here is the video highlights of Afiridi’s bowling performance in today’s match against Khulna Titans.