LAHORE: Pakistan star cricketer Muhammad Amir is on stage again with his significant other, as his wedding functions have begun today in Lahore.

Amir is set to have wedding functions. He is currently enjoying his Mehndi today (Monday) while the Reception and Valima on Tuesday and Wednesday, respectively, Express News reported. Amir and his better half Narjis met at a family event six years ago in London. Their relationship spiraled from there and the two got married in a Nikkah ceremony two years ago.

Narjis, who is a Pakistan-bor British nationl, is a huge fan of cricket, and attends Pakistan matches to root for Amir on a regular basis.

While the groom will don a golden sherwani in one of the ceremonies, the couple will fly off to Dubai after September 21. 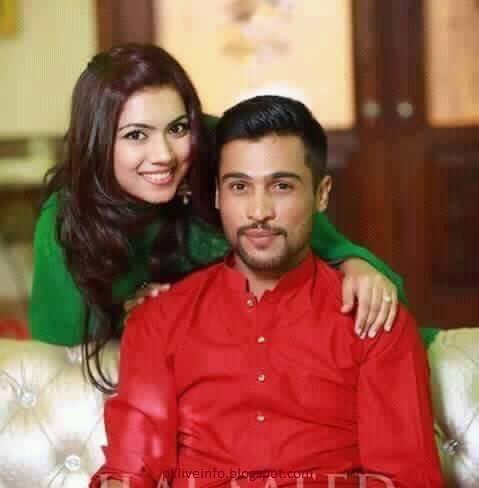 “I felt it was the right time for me to get into a relationship,” Amir had told The Express Tribune in an earlier interview. “One has to get a life partner at some stage of life, so I decided to do it now. I didn’t feel the need to wait any longer.”

When asked whether his marriage to Nargis was arranged, Amir said he liked Nargis and married her only after her parents’ approval.