The news from the center is that Lahore Blues won the toss and elected to field against FATA.

Lahore Blues are playing under the captaincy of Ahmed Shehzad while Naeem AnjumFawad Khan is leading FATA team. 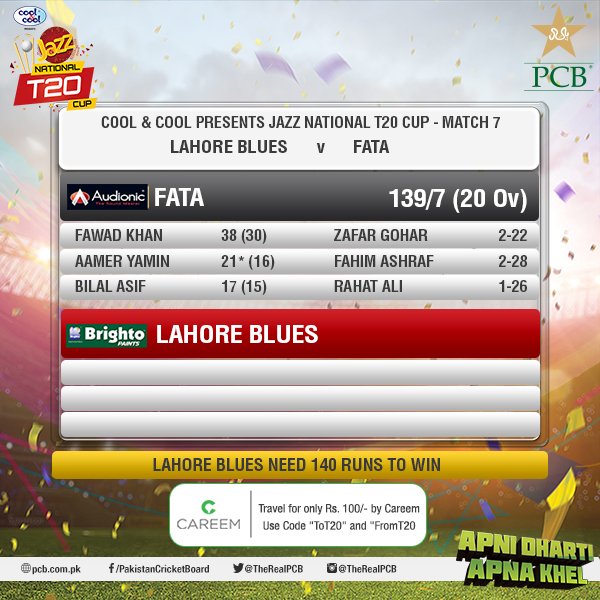 To watch Lahore Blues vs FATA, click on the following link.