LONDON: AFter being dropped twice on left arm quick Mohammad Amir’s ball, England’s Test captain Alastair Cook has finally fell for his 81 runs at the hands of Amir.

Lucky Cook was first dropped on 22 by Mohammad Hafiz in the second slip, the catch cost Pakistan brisk fifty by Cook.

The second time English captain given life on 55, was by wicket keeper Sarfraz Ahmed, who shelled a rather easy catch, trying to make it look difficult. 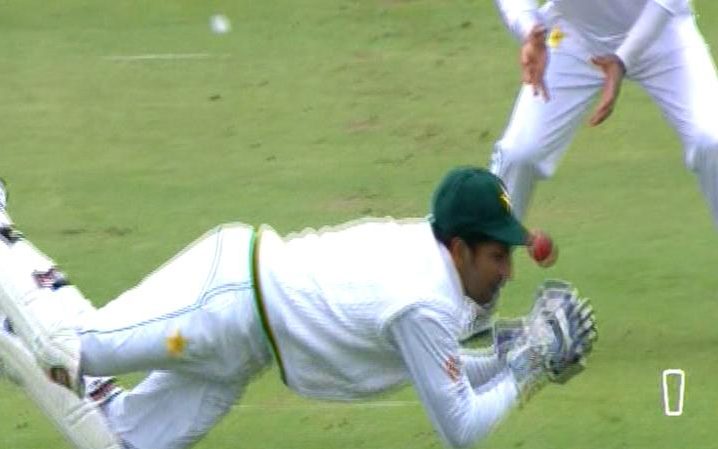 England are currently on 192/5. Besides Amir, Yasir Shah has taken three while Rahat has picked up one wicket so far.