MUMBAI: The lulia-Salman’s marriage has become talk of the town, not only among media and fans but even Bolllywood celebs are taking keen interest in it.

But, the couple itself seems to be in no real hurry to get hitched, as first Salman Khan opened up on the rumours denying the news of his marriage anytime soon.

Salman got a little serious when asked a question about marriage plans during a media appearance last week, and stated that if he will have such plans in future, he will inform his fans via twitter and not media directly.

And now, the second half of Salman Khan, lulia Vantur itself took her Instagram handle to turn down all the rumours and stated that there is no plan of marriage in anytime soon.

“Dear friends, I didn’t feel the need to react to any rumors… But now I think I should state clearly that I was never married and I am in no hurry to wear my wedding dress. God bless us all!” wrote Romanian beauty on Instagram. 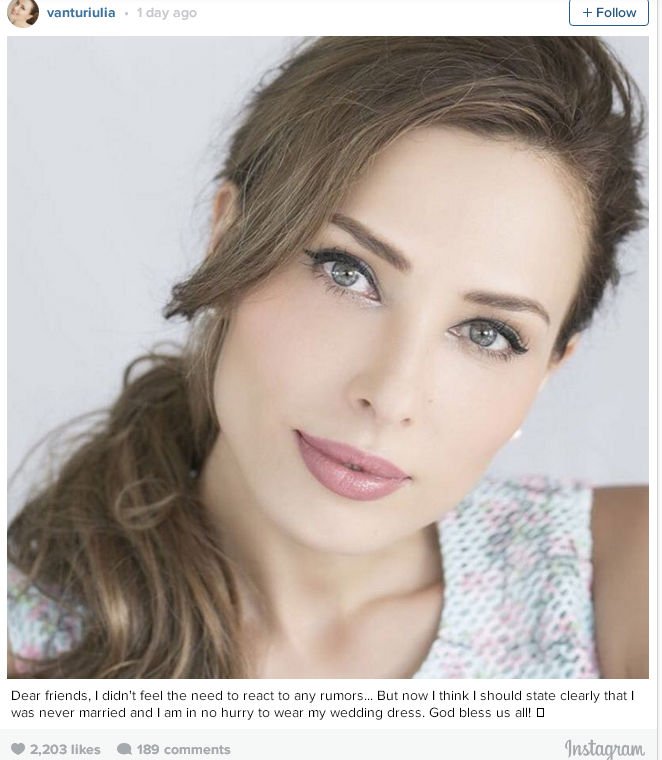